About The Orange Card

MAKING A COMMITMENT TO A DRUG FREE WORKPLACE

Drug use in the workplace costs the Australian economy billions of dollars every year in absenteeism, lost productivity and onsite accidents.
The Orange Card is an educational course that enables your employees and contractors to become aware of the dangers of illicit drugs in the workplace.

By adopting The Orange Card for your organisation you are committing to a drug free culture in your workplace. 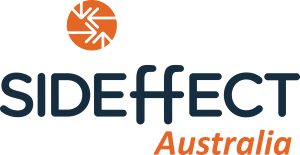 Sideffect is an Australian not-for-profit organisation that is dedicated to the early intervention and education of illicit drugs, with a focus on reaching Australian schools with their powerful message. The Sideffect team are also helping parents, regional communities, and at-risk workplaces.

“Sideffect’s mission is to educate everyone in Australia about Alcohol and illicit drugs – what they are made of, what are the effects, and how they can affect your family and community – so that people are able to make informed decisions based on knowledge and awareness, not misinformation and ignorance.”
Rodney Bridge, Sideffect Founder.

Following the death of his beautifully talented and generous son, Preston, Rodney Bridge began Sideffect. Preston died at the age of 16 after taking a synthetic form of LSD which Rod later found out was made up of 25inBome as well as a shopping list of other synthetic drugs. Preston lost his life that night based on one choice and had he known what he was taking, he would have made an entirely different decision. Sideffect was born out of that understanding, that people need to know more about these drugs in order to make informed choices.